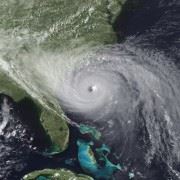 Since North Myrtle Beach is along the Atlantic Ocean, hurricanes are a natural disaster we need to prepare for. Hurricane Season runs from June until November, with the peak in late-August to October. Throughout history, hurricanes have been known to cause major damage and fatalities.

With some simple precautions and being prepared, we can be sure to stay safe during hurricane seasons. Here’s a few lists of things to do and have on hand in case of a major hurricane. Remember, in the event of a major hurricane, always tell your loved ones you are safe!

Evacuate in the following situations: